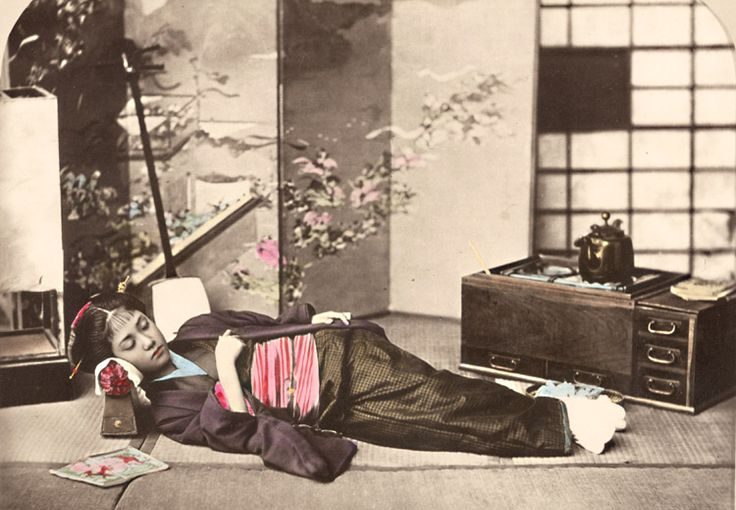 From “The Hidden Lamp”

Before Miaozong became a nun, she used to visit Master Dahui Zonggao’s monastery to study with him, and he gave her a room in the abbot’s quarters. The senior monk, Wanan, did not approve.

Dahui said to him, “Although she’s a woman, she has outstanding merits.”

Wanan still disapproved, so Dahui urged him to have an interview with Miaozong. Wanan reluctantly agreed, and requested an interview.

Miazong said, “Do you want a Dharma interview or a worldly interview?”

Miaozong said, “Then send your attendants away.” She went into the room first and after a few moments she called, “Please come in.”

When Wanan entered he saw Miaozong lying naked on her back on the bed. He pointed at her genitals, saying, “What is this place?”

Miaozong replied, “All the buddhas of the three worlds, the six patriarchs, and all great monks everywhere come out of this place.”

Wanan said, “And may I enter?”

Wanan was unable to reply. Miaozong declared: “I have met you, Senior Monk. The interview is over.” She turned her back to him.

Later Dahui said to him, “The old dragon has some wisdom, doesn’t she?”

The first question that this koan brings to mind is what is the difference between a Dharma interview or a worldly interview? This is where the probing starts. Can the two of them agree that “dharma” and “worldly” arise together.

Form is emptiness, emptiness is form.

Buddhism has a non-dualistic framework for understanding. The opposites are not seen as two separate compartments but that they dynamically pivot around each. This functioning makes a whole. They produce each other.

Within this context of non-duality is there a difference with a Dharma interview or a worldly interview? Women practitioners of the late Twentieth century and the Twenty-first century, are bringing this issue to question and so did Miaozong. Are worldly matters excluded from the dharma? Are children, families, jobs, mortgages, women, sexuality, NOT dharma? The answer of course is No! Katagiri Roshi used to always say, “everything, everyone, every moment is Buddha”. Every worldly moment is a dharma moment to one who can really see.

“May I come in?” Wanan asks. I get a sour feeling in my stomach with this line. He totally loses his power and his wisdom, as he reduces this moment of nakedness to sex. It’s these types of innuendos that women deal with all the time- sexual micro-aggressions. May I use you as a sexual object? If Wanan really understood that “All the buddhas of the three worlds, the six patriarchs, and all great monks everywhere come out of this place.” He would know that he is not, nor is anyone, ever excluded from entry. This place births both form and emptiness.

In a wonderful switch, the answer is back to twoness. In the koans, horses are often used to refer to the more awakened practitioner. Horses are, in the ordinary value system, “better” than a donkey, an ass. Once we start to split things into two, value one side more than the other, we have lost a Buddhist perspective. In the Fukanzazengi, Dogen writes:

“But if a hairsbreath deviation exists,”

If we, in a hairsbreath moment, divide everything into categories, good/bad, right/wrong, wholesome/unwholesome, Horse/ass, we fall into suffering.

the gap is like that between heaven and earth. Once the slightest like or dislike arises, all is lost in confusion.”

In a single moment’s reflection, in a half of breath, depending upon our basis of operation in our minds, we can move from enlightened being to ordinary being, from horse to ass. Or vice-versa. We are all culpable of coming from our three poisonous minds and going forth as donkeys in any given moment. Instead of coming from our “ass” nature, our practice is, moment-to-moment, to express the dynamic whole of eternity and particularity coming together in the very form of the moment.

Miazong’s nakedness was a probe into Wanan’s understanding. How would he react to a women’s nakedness? Not so good. “May I enter?” She turns her back on him. Try another time, buddy.