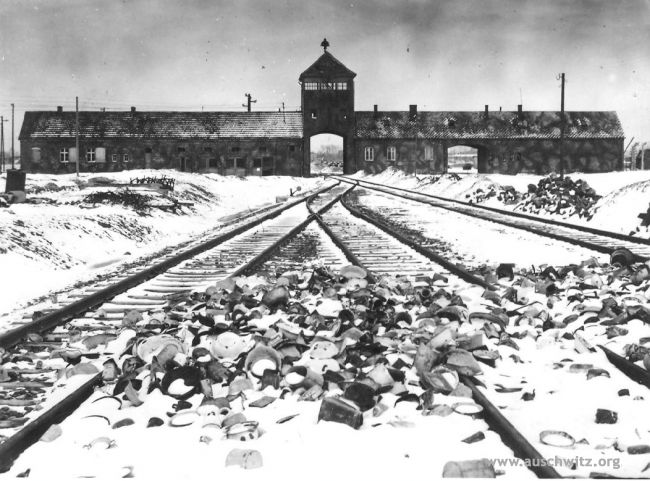 I wanted to share an experience I had that helped me understand the simultaneity of inside and outside or in and out or talking and listening.  Unfortunately I have to bring up a heavy topic which is the concentration camps of WWII.  I went to the concentration camps of Auschwitz/Birkenau in 1998 on a retreat with the Buddhist Peacemaker Order led by Bernie Glassman. It was a time of concentrated effort to bear witness to the brutality of genocide and to cultivate spiritual depth so that I might find a way to heal myself and others and prevent violence in the future.

I’d like to recount the short version of the story about feeling “in and out” as one.  In Zen understanding, I think we begin to see giving and receiving, talking and listening as one combusting action.  Not one and not two.

On the last day of the retreat, after going through quite a deep catharsis of pain, release, and crying on the previous days, I decided to skip the group’s schedule and, by myself, do slow walking meditation on the grounds of Birkenau all day long.  One step after the other with the inhale and the exhale of my breath as we do in formal Zen walking.  Finally, on this last day, after clearing out a lot of my personal suffering in reaction to this horror,  I felt somewhat stable enough mentally to wear my okesa, the Buddhist priest’s robe.  I wrapped my okesa on top of my parka, for it was very cold.  I was very concentrated by that time in the retreat, and I could do a very single-focused walking thoughout the day.  With my breath, I added doing Tonglen, which is a meditation practice of receiving the pain of life and experience on the in breath and sending out release, help, mercy, love, on the exhale.  This is a practice I often do and it seemed like I was meant to do it here on these grounds that had experienced the most horrific aspects of human violence.

The trees, grasses, tiles and pebbles, as Dogen often writes, spoke to me.  All the natural elements that withstood this history and were still standing could reveal to me the energy of that time.  I listened to the trees and the ground and stopped and read the museum signs that were located all around and told the story of what occurred in each place.  All morning long, I breathed in as much as I could of the suffering of life, the first noble truth, and on my exhale, I breathed out the third noble truth of deep wisdom into cessation and the deepest understanding of Love, that which has the capacity to heal.

The only place that I was utterly stopped in my tracks was at the crematoriums which were now only the outlines of the buildings on the ground where the walls had once stood.  The amount of pain in these areas, I could not take in.  But I decided to put one toe over the line of demarcation of inside and outside the crematorium.  I breathed in the pain of the area below my one toe.  I stayed perhaps for an hour with this one toe.

In the afternoon I had a transformation.  My tonglen changed.  All of a sudden I couldn’t determine if I was breathing in or out.  Was I being healed or was I sending healing?  In this shift of perspective, I realized that both were happening, that they were blended and I just felt love going in and out.  I was being healed and my openess and radiance was also healing.  The angels and invisible beings that were present at this place of horror were healing me and I was communing with them.  In and out, talking and listening, healing and being healed became one large dynamic.  In this most unexpected place, I experienced oneness of myself and the environment.  My intellectual intention and my meditation technique were superseded by felt experience and the dynamic function of wholeness.