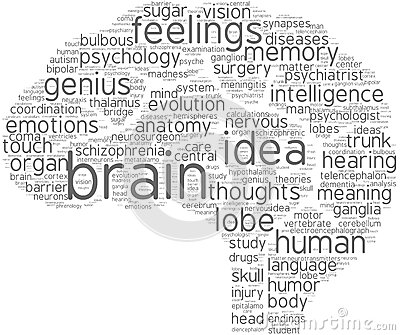 The next section in the text is about naming.  What happens when we name something?  What happens when language tries to describe experience?  Is the name the thing?  Most of us understand intellectually that experience is something much broader and deeper then the naming of the experience.  But does this knowing of the limitations of language help us to enter more intimately the moment at hand?  This should be studied thoroughly.  Other metaphors used in Zen language is that you don’t experience the moon by just pointing at it although we do need someone to point at it, locate it for us, in order for us to finally experience it.  Or the question is the moon and its reflection in the dew drop, the same or different? (Or neither or both).  Language and discriminative thinking simply cannot express the truth properly.

Of course, in our lives we need to use language.  Just as within our lives we need to use our five skandhas. But how do we use our language and our bodies without delusion even though we are practicing our whole lives within the dream.  We first have to understand the usefulness and uselessness of language.  And then we can proceed to the meaning and also the delusion of a “self.”   Somehow, in holding both truths, the dream within the dream, becomes very vivid and we enter into real experience.  Somehow, we can enter real experience through the present moment in non-thinking.

Our naming and elaborated concepts seems to narrow our understanding and feel for life.  Our discriminating consciousness cannot grasp the whole of life.  I often teach the 4 levels of concepts and then I add a 5th.  They are:

When we name something and then elaborate on it, we actually get farther and farther away from the experience of that which we are naming.  And Dogen, I think in these two stories in the fascicle, is implying that how we name ourselves, how we name enlightenment, actually takes us farther away from essence.  Katagiri always called this knowing of the truth, the true acceptance of our “total personalities”  which includes both delusion and enlightenment or the relative and the absolute.

Here are the two stories in the text.  Both of them are with the founding ancestor Dongshan.

Dongshan asked, “Acharya! What is your name?”

Yunju said, “Going beyond, I am not named Daoying.”

Dongshan said, “What you have said is not different from what I answered when I was at Yunyan.”

Daoying or not-Daoying?  Stuck in the barrier of language.  How can we express that Daoying is not hidden either in delusion or emptiness?

Dogen writes about this:

“Even if Daoying offered his understanding by saying, “going beyond, I am still named Daoying,” it would be nothing other than an expression of going beyond.  Why do I say so?  I would say that Daoying immediately jumps into the top of his own head and hides his body therein.  Even though he hides his body, his figure is still revealed.”

The second story is very similar but with a slightly different expression.  This story is said to be “approved of” by Dongshan.  And yet “approved” or ‘not-approved”, each story is trying to investigate the phrase, “not one, not two” in the context of what is a name, what is a body, what are our 5 skandhas.  How do we deal with the delusion of existence and non-existence as two separate things?  Buddha said that he was not interested in that question.  He was more interested in how the belief in that dichotomy produces our suffering.

Donshan asked, “Acarya! What is your name?”

Caoshan said, “I am not named Benji.”

The founding ancestor approved of this response.

I love the “I won’t say” koans. There are several of them.  Why won’t you say?  Because it can’t be understood by naming.  And neither side of the truth is correct.

What are the subtle linguistic differences between a name, a no-name, and a non-naming?  This is all pointing to what is the meaning of Dogen’s phrase dropping off body and mind.  Can you drop off body and mind using language?  Which means can you drop off a “self” while naming a “self.”  What is the state of mind you have when you are living in the experience of the moment and not in the fantasy of the moment which is created by discriminative thinking?  All of these questions are brought forth to be studied and explored deeply in order to understand going beyond buddha.