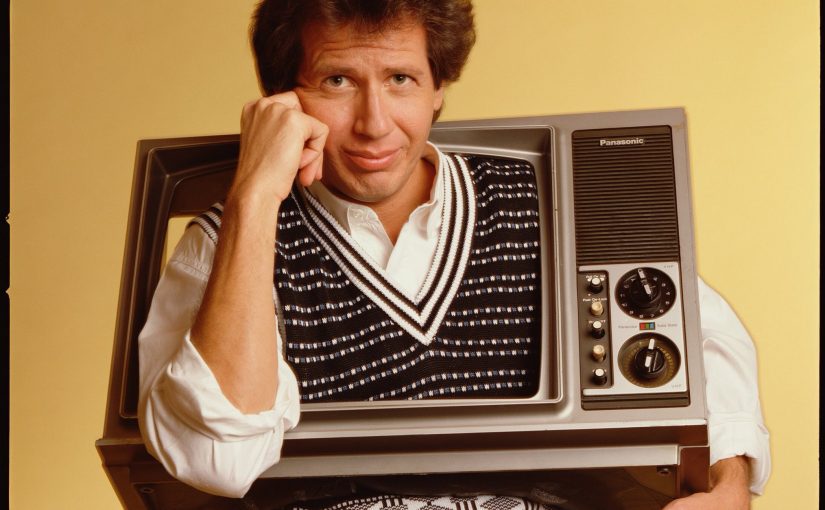 My husband and I were glued to the screen while watching the intriguing HBO documentary The Zen Diaries of Garry Shandling, directed by Judd Apatow. We both belly laughed and cried. I found this documentary very provocative and moving because I too am dealing with the intersection of being a Jew and a Buddhist.

One section got my stomach roiling. The narrator, in general, was very positive about Buddhism and admired Garry for his spiritual aspirations. At one point, the documentary shows Shandling’s handwritten diary notes on some Buddhist teachings, including non-attachment and letting go of our desires. The narrator asserted, in what is a common belief about Buddhism, that the teaching of non-attachment caused Shandling to live unmarried, become reclusive, and withdrawn from relationships. This made my heart sink. Was this true or not? Was this a misunderstanding of the teaching?

Perhaps it is true that the early teachings of Buddhism advocated a withdrawal from life and the goal to “never-return.” Perhaps the prospect of withdrawing from life was my, and many other people’s, first attraction to Buddhism.  But as I look back now, after 50 years of practicing Zen, this was a grave and destructive misunderstanding attractive to certain wounded individuals who seek escape from the world and distance from people. For many years, my misunderstanding of Buddhism helped feed, to a certain extent, my neurosis and fear of relationships. I really liked going to the zendo and not talking to anybody. I really liked the Noble Silence of the community after having come from a yelling and critical family.

It amused and horrified me to watch the neurotic Jew going into Zen in the documentary. It was like watching a Woody Allen movie. I have come to view the Jewish neurosis that has been handed down generation after generation as having its source in thousands of years of oppression. It’s quite sad that we can’t seem to heal it enough, especially after the shattering of the Jewish soul in WWII. I can’t even imagine Shandling’s experience during his lawsuit. He sued his manager for $100 million because of conflict of interest and mismanagement of funds. During this time, the publicity seemed like character assassination of Shandling. He also kept telling people he was being followed. He would say, “how does the opposition know exactly what my strategy is?” Everyone said he was making this up and that he was paranoid. Years later, the opposition’s lawyer was exposed for wiretapping and conducting illegal research. Shandling was not making anything up! He was not paranoid! Some of his friends said he never recovered from the draining circumstances surrounding the lawsuit. It punctured his energy and his direction. He stopped working.

Another widespread misunderstanding is the common usage of  “the Zen moment.” This “Zen moment” implies a calm, relaxed presence—a Zen that is stuck or attached to quietism. But this is not at all my understanding of a “Zen Moment.” My understanding is quite different and much harder to achieve, for it asks us to acknowledge our desire system—our likes and dislikes. Our attachment to what is pleasant and our aversion to what we dislike is what causes our suffering, the Buddha said. In order to have a life liberated from our ego-centricity and self-centeredness, we are encouraged in Buddhism to acknowledge our likes and dislikes with a light touch and hold them in the light of the big picture of human life. This mindfulness allows us to let go of our preferences even as we welcome the moment as it is. The moment could be difficult or easy, pleasant or unpleasant, calm or harassed, but we can still see it as the mystery of life itself. We can honor this moment as it actually is, without requiring it to be “calm.” It’s free!

Dainin Katagiri Roshi, my root teacher, NEVER supported the understanding that Zen withdraws you from life or that its goal is to change the moment to “calm.” Often in my meetings with him, he would metaphorically turn me around and kick me back into my life with my family, my marriage, my work and my problems. He never viewed Zen as an escape from life, even though I did.

Mahayana Buddhism, the branch of Buddhism to which Zen belongs, and particularly the 13th century teacher Dogen Zenji’s understanding of it, holds that Zen is not an escape from life. It teaches that we are not individual units who stand alone and can leave the world. To the contrary, it maintains that we are interdependent beings who can never escape that truth. Our work is to be of service to others, for they are an extension of ourselves. I laugh at the idea that Zen is isolating. The more I matured in my practice, the more I interacted with people. Much more than I wanted. When I ended up being a Zen teacher, my sole job was about relationships with many, many people. Surprise! What was very impressive about Shandling was how deeply he was loved by friends and comedians. He mentored a whole generation of comedians and film-makers. Most everyone said that his support was loving and compassionate.

The documentary narrator’s comment about detachment struck a wounded place in me that has been my paradox with Zen: to express the grace of non-attachment but at the same time be completely human with its inherent suffering. There is no escape, only integration of a higher vision and values into our deeply rooted self-centeredness. There was, in my case, an unconscious desire to have my spirituality make me better than others; to have it revolve around my self-improvement and achievement. How insidious the ego is!

Zen has a big hole around emotional healing. Of course, we can find the teaching of character and psychology in Zen (i.e. the precepts, awareness of emotions, the Abhidharma, etc.). However, these teachings are not particularly emphasized and sometimes actually ignored in the great effort to have clarity of mind. Much of traditional practice energy is directed toward touching the dharmakaya, the body of the Buddha, which is the great openness of no-form. This type of practice does not encourage the messy work of cleaning up our karma but advocates just “letting it go,” which to my mind doesn’t always work.

This is my Great Complaint about Zen Buddhism. The practice doesn’t integrate dharma and karma enough. Oddly, the place I do find this integration the most is in the teaching of Dogen Zenji, who founded Soto Zen. His reputation is that of a highly orthodox and strict Zen teacher. Who would have thought I’d find the union I was seeking from him? His name for this integration is practice-enlightenment, used as one word. As I study him in depth, I find that he actually frees me from the orthodox teaching and adherence to concepts. He lands me in the present moment, over and over. This is why, at 66 years old, I am leaving Zen orthodoxy and rituals. I am trying to find aliveness and expression right in this moment. How shall I respond? How can I integrate my Buddhist practice even more with my family, with my relationships, with the present moment of life? I don’t want to leave my life anymore. Soon, I’m going to die. Even more reason not to leave my one precious life.

Perhaps Garry Shandling understood this too. One of his jokes was, “I have emptied and cleared my mind but then who do I have to blame?”