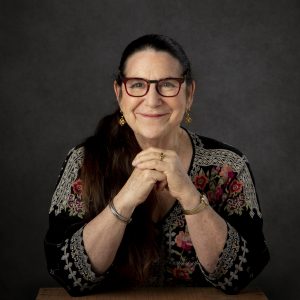 Judith Ragir (also known as Byakuren in Buddhist circles) is a Dharma teacher in the Zen lineage of Katagiri Roshi. She was instrumental in founding the Clouds in Water Zen Center in St. Paul, Minnesota, where she was the Guiding Teacher for nine years and is currently Senior Dharma Teacher Emeritus. An accomplished artist, Ragir makes Buddhist-inspired quilts which are on display in Buddhist Centers around the United States. Her written pieces have appeared in many anthologies, including The Eightfold Path, Zen Teachings in Challenging Times, The Hidden Lamp, The Path of Compassion, Seeds of Virtue-Seeds of Change and Receiving the Marrow.

In the ‘70s and ‘80s, Judith was a dancer in the Trisha Brown Dance Company in New York City and also appeared in two one-woman shows of her own choreography.  After her dance career, she was a doctor of Chinese medicine using acupuncture, acupressure, and Chinese herbs until she became a Zen priest in 1996.

She lives with her husband, has two adult sons, and now has a small temple in the woods – Mirror Lake Temple.