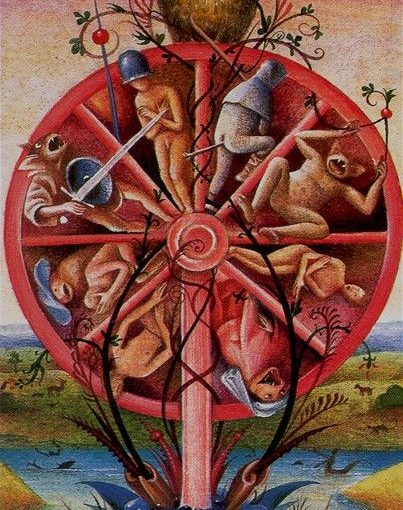 Having completely penetrated it, who would thoroughly see it as bits and pieces and also hold it as the immovable stillness (the unconstructed reality).

My Tibetan Buddhist teacher, Dan Brown, challenged me the last time we talked. He asked me to take care of each moment, each bit and piece, holding the Right View – the view of unconstructed reality.  In this sense, it contradicts what I have previously said that you can’t hold both sides at one time.  But in my experience, there is a lot of room to investigate bringing to each moment my understanding of both realities co-arising.  If I can hold a universal perspective of my story, then my behavior will reflect this.  If I can see the one bright jewel even in my personal suffering, then my life automatically starts to shift.

It is very similar to what i call “opening up the tonglen.”  Which means that you pray for yourself and all the other people in the world who are experiencing a very similar suffering.  Maybe there are millions of women letting go of their adult children, for example.  With that perspective, my suffering helps me commune with humanity.  I avoid exacerbated my suffering by saying to myself: “this is awful, I have to get out of this suffering and my suffering is unique.”

Do our emotions block our wisdom or our connection to the ultimate?  Well, some teachers answer, “yes they do.”  Some practitioners believe that your wisdom is blocked when you have so-called selfish emotions or the three poisonous minds of greed, anger and ignorance.  But, again, Dogen counters this view by saying, all perceptions and emotions arise together with essence.  They entirely arise together and it is only in the language that we say “emotions arise together with essence.”  If they arise together they are not opposites.  This unity is described as “When you turn your head, your face naturally also turns.”  Our sensations, perceptions, formulated emotions are all the expression and created by the essence in this very moment.  They are to be worked with as the demons in the cave with compassion and attention.  This is our practice, this is our everyday livelihood.  This is the bodhisattva’s field of practice.

Dogen’s continues this idea that all the things of our ordinary life are the One Bright Jewel and that practice-realization is one word.  We practice and realize in each moment.  Practicing itself is realization.  This is what he writes:

Here again, Dogen switches around the traditional understanding.  Traditionally, we say that “chasing after things” is delusional activity and “being in emptiness” is the truth.  But Dogen, in his compassionate understanding of what it means to be a human with consciousness, says,  This ceaseless activity is it!  Life is constantly the interaction between our five skandhas and objects and the universe.  But in some ways, we can change how we hold the constant ceaseless activity.  Instead of thinking we are a “self” dealing with and projecting ourselves on to the object, we can change this interaction.  We can see it as the self becoming or receiving, or being one with all the objects that are coming at us from the outer environment.  He writes in the Genjo-koan”

The subject of practice is not the personal self but the interaction of all beings.  To practice is to awaken to the self that is connected to all beings or the ten thousand dharmas.  In other words, it is not “I” who practices, but rather Buddha carries out Buddha’s practice through me.  It is not a matter of individual actions based on individual will power and effort.  It is rather the myriad dharmas, or all beings, that carry out practice through our individual bodies and minds.

“Our practice is to bring eternity forward through the vessel of our impermanent body.”